CIFF Shanghai 2018 is ready to kick off in about two months. The show will be held on Sep 10-13 in Shanghai under the brand new theme of "An example of Global Lifestyle".

With the strategic collabration, CIFF will take on a brand new look which is explained in the press release.

The 42nd edition of CIFF Shanghai, which will be held at the National Exhibition & Convention Center (Shanghai), the "NECC" Hongqiao, from 10 to 13 September 2018, is now just around the corner and will be conducted jointly by CFTE (China Foreign Trade Guangzhou Exhibition General Corporation) and Red Star Macalline.

2018 has definitely been an important year for CIFF; a fundamental stage of its growth, and also perhaps of the growth of China in general, because of the strategic alliance established between two furniture sector giants. 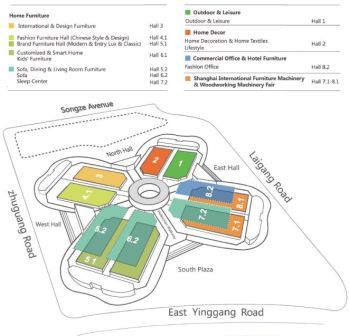