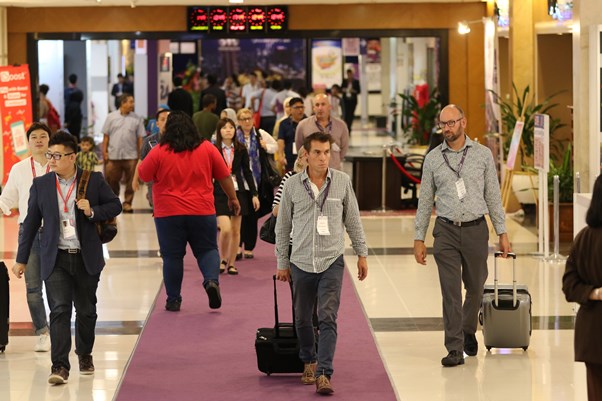 KUALA LUMPUR, April 2019 | Malaysian International Furniture Fair (MIFF), has smashed through the billion-dollar sales mark for the first time in its 25-year history. Malaysian exhibitors at MIFF 2019 raked in US$ 1.01 billion in sales over four days from March 8-11, up 3% increase from the previous high of US$ 984 million in 2018.

The record performance was achieved a year after the trade show was expanded to 100,000 sqm across the Malaysia International Trade and Exhibition Centre (MITEC) and Putra World Trade (PWTC) with design as its cornerstone.

A total of 600 exhibitors from14 countries – 346 Malaysian and 254 foreign companies --- showcased new products and collections under the theme “Design Connects People”.

In the limelight was the promotion of Muar which had been officially recognised as the Furniture City of Malaysia. MIFF has strong ties with companies from the southern manufacturing hub which was further strengthened by a strategic partnership between MIFF and Muar Furniture Association in 2013.

Staking their turf with their own ready-to-market products were young designers from the MIFF-driven Millennials@Design programme and from the Malaysian Timber Industry Board’s Tanggam Design Centre and Professional Designers Programme (PDP), a collaboration with Muar featuring the works of designers from Malaysia, Italy and Belgium.

“Celebrating our 25th  anniversary with a milestone like this is certainly something that we are proud of. It is the best endorsement of MIFF by the markets but what makes us most proud is that we continue to place our customers and their business priorities first even as we are on a strong growth path,” said Ms Karen Goi, General Manager of MIFF.

Burnishing its reputation as a global procurement hub in the region, MIFF boasts the biggest export platform for Malaysian wood furniture and office furniture in Southeast Asia.

The next edition of the annual trade show is from 6-9 March 2020 at the same two venues. It has already drawn strong rebookings from exhibitors satisfied by the continuing diversity of attendance and high-quality buyers this year.

For the full Press Release:

MIFF is Southeast Asia’s most global and largest industry trade show of its kind serving 20,000 furniture professionals from 140 countries across the world. Held annually in March, the show offers a comprehensive selection of all kinds of home and commercial furniture including Malaysia’s renowned top-quality wood furniture and the most extensive office solutions in the region. Since its inception in 1995, the show is an UFI-approved event by The Global Association for Exhibition Industry. MIFF is organised by UBM Malaysia, a member of UBM Asia, which is a part of Informa PLC, a leading B2B information services group and the largest B2B Events organiser in the world.