Part I reviews the world market, the major producing countries and the status and prospects of world trade of wooden furniture including a world trade matrix. CSIL forecasts of growth of demand in 2015 and 2016 by country are also included.

The country tables include a ten-year series of data on production, exports, imports, consumption, import penetration and export ratio for wooden furniture, a table with the main economic indicators, prospects of world consumption of wooden furniture for the years 2015 and 2016. 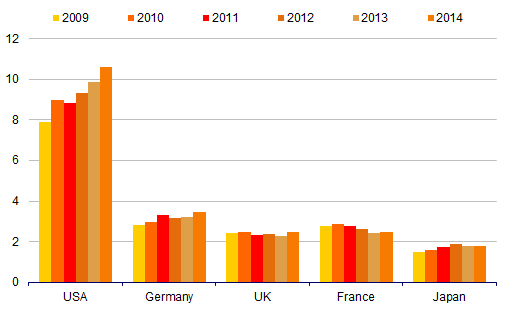